Green Tara: The Buddha of Enlightened Activity & Glimpses of Sikkim 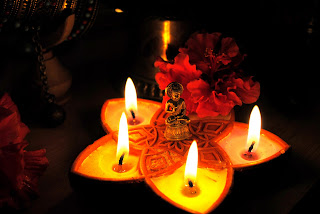 Tara (Sanskrit, "star") is a Buddhist savior-goddess especially popular in Tibet, Nepal and Mongolia. Before she was adopted by Buddhism, Tara was worshipped in Hinduism as a manifestation of the goddess Parvati.


This picture of the Green Tara  was bought during our visit to Sikkim. 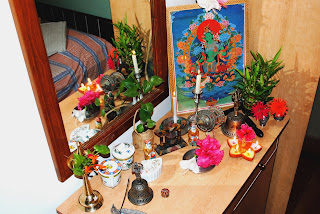 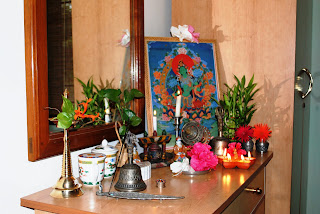 Green Tara, with her half-open lotus, represents the night, and White Tara, with her lotus in full bloom, symbolizes the day. Green Tara embodies virtuous activity while White Tara displays serenity and grace. Together, the Green and White Taras symbolize the unending compassion of the goddess who labors day and night to relieve suffering.

In Buddhist religious practice, Green Tara's primary role is savioress. She is believed to help her followers overcome dangers, fears and anxieties, and she is especially worshipped for her ability to overcome the most difficult of situations. Green Tara is intensely compassionate and acts quickly to help those who call upon her.


The iconography and role of Green Tara is illustrated in this medieval devotional hymn: 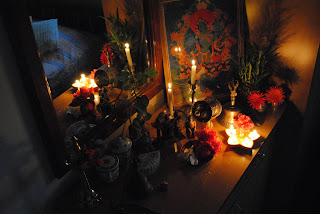 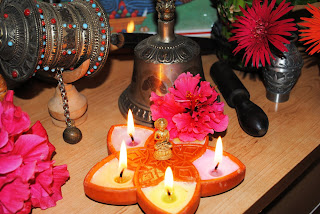 On a lotus seat, standing for


(You are) the emerald-colored, one-


In youth's full bloom, right leg out, left drawn in,

Showing the union of wisdom and art - homage to you! Like the outstretched branch of the heavenly turquoise tree,

,Inviting the wise to a feast of supreme accomplishments,


As if to an entertainment-homage to you!


Your left hand gives us refuge, showing the Three Jewels;

It says, "You people who see a hundred dangers
Don't be frightened-I shall swiftly save you!"
Homage to you
Both hands signal with blue utpala flowers,


"Samsaric beings! Cling not to worldly pleasures.
Enter the great city of liberation!"

Flower-goads prodding us to effort-
homage to you! 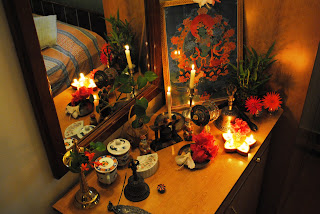 ---First Dalai Lama (1391-1474)
Sikkim is a land where Buddhism still flourishes: a land where some of the most beautiful Monasteries are to  be found, where people are fortunate to have this beautiful view of the most spectacular mountain,  Khang - cheng- dzonga from literally everywhere, from morning till night.
The beautiful play of colors during the sunrise and the sunset is absolutely breath taking. One has to see it to believe it. 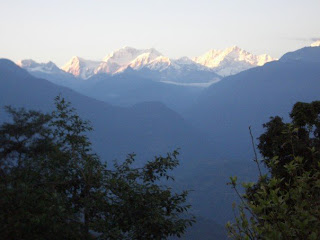 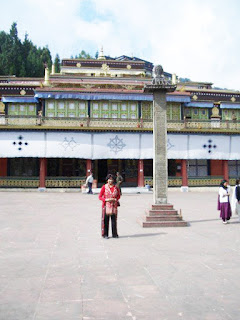 One can see colorful prayer flags fluttering as if they are in constant conversation with God, updating Him about our worries, desires and aspirations.

Khechopalri
Literally, the Noble Heaven- Reaching Mountain. A lake so calm it is said to be protected from all disturbances. Locals insist that not even a leaf falls on it to disturb its placidity; and if one does, a bird immediately swoops down to carry it off.
It was indeed a beautiful sight. 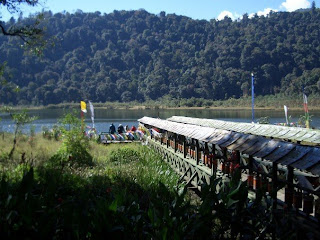 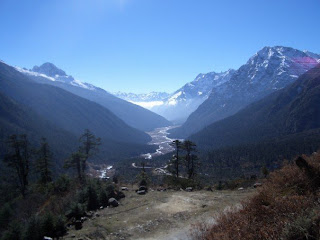 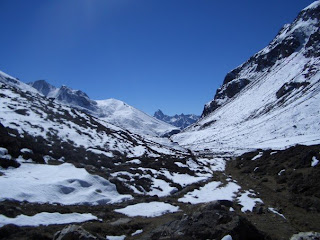 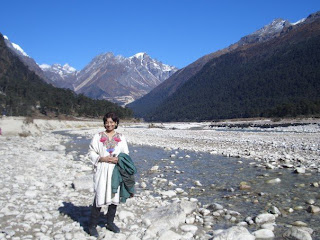 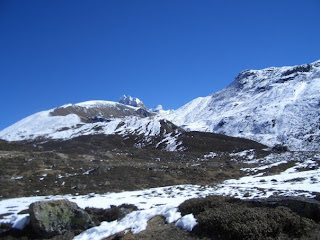 Did you like the story of Green Tara and the pictures of amazing Sikkim?

Rama Ananth
I love to take pictures of myself. I enjoy life to the fullest. I do get irritated at times, but I also forget my irritation, and try to look at the problem from a different perspective. Smiling comes naturally to me. I love shopping, mostly window shopping, and shopping by myself.